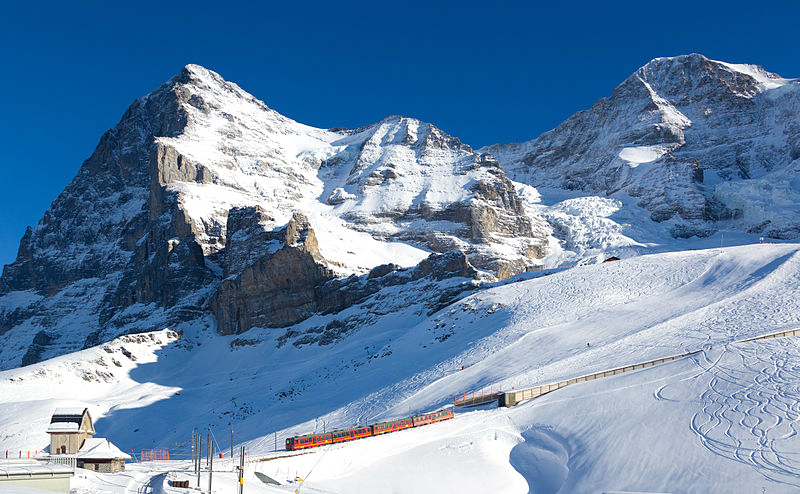 Among the hotels in Kleine Scheidegg , Bellevue hotel served most often as Eiger " base camp ".

First mountain hotel , future Bellevue, build in 1840 by Seiler family on the Kleine Scheidegg , was greatly enlarged in the 19th century. In 1896 , " Hotel des Alpes ' is built to compete Bellevue . Adolf Seiler bought it in 1912 and connects the two buildings in 1929. The meeting of the two buildings is accompanied by a complete renovation of their rooms, which give " Hotel Bellevue des Alpes " its current appearance.

Classified as "Historic Hotel of the Year 2011" , Hotel Bellevue des Alpes is one of the few great hotels of the 19th century still in activity, this is 5th generation owner managing this lovely hotel. Hotel website here

Historic first climbers who have made the history of Eiger north face were mostly penniless .
Lacking any money, tinkering their equipment (corners , crampons !) themselves, they reached Grindelwald often by their own means (eg cycling ) , and spent the night under a tent in the green meadows (which runs in part of the Eiger Trail ) behind rich hotels.

Later this hotel has hosted both greatest mountaineers and actors.

Eiger peak belongs to famous Swiss Oberland trilogy : Monch and Jungfrau, Eiger is certainly one of the most iconic peaks in the Alps.
It is known around the world and even in countries with low mountaineering practice like Japan - Yoko Maki Japanese mountaineer climbs Mittelegi ridge in September 1921. " Japanese people have an image of Switzerland, and it is Grindelwald ".

First climb of Eiger north face was one of the last three "problems" of the Alps: three north face undefeated : Eiger, Matterhorn and Grandes Jorasses. Great Anderl Heckmair book (winner of the Eiger North Face ascent in 1938 ) used this title and details of these adventures including amazing climb on Walker spur in Grandes Jorasses.

Eiger north face is known by its high wall of more than 1600 m. Cold , often in the shade, it is characterized by abrupt wheather changes, rock falls, avalanches and severe thunderstorms.

Located at an altitude of 3,454 meters , this railway station on the Jungfraujoch is the highest in Europe. 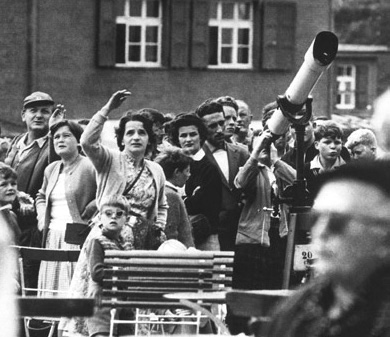 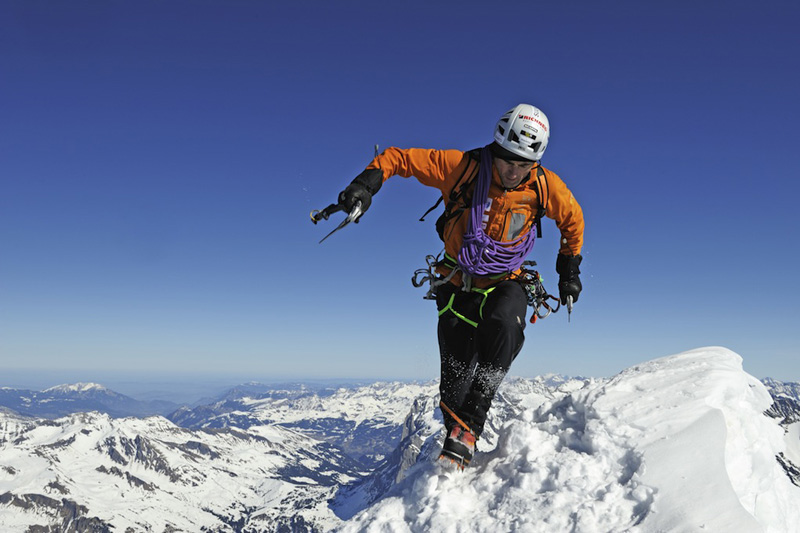 The high reputation of Eiger resulted in creation of 2 movies : "Eiger Sanction" (1974) and "The north face" (2008 - describing one of first tragedy : death of Toni Kurtz and 3 others mountaineers Willy Angerer, Eduard Rainer and his companion Andreas Hinterstoisser leaving his name to a part of this route).

Eiger Sanction crew came in Kleine Sheidegg for two months. Most scenes were performed on Jungfrau and Eiger slopes.

Bad Eiger which many attempts have ended in failure and death (more than 50 deaths in North face ) was confirmed, 2 days after movie's beginning David Knowles a Scottish climber 27 years 's old, photographer was killed in a rock fall.

These moments are immortalized by a few shots : Clint Eastwood poses in front of the north face with Bellevue Hotel's owners, the picture is autographed.
Then he is photographed trying to sympathize with a cow in front of hilarious face of George Kennedy.

On last photography Clint includes main actors of this movie and famous mountaineer Reinhold Messner during filming in 1974.

Messner was accompanied by Peter Habeler, they came to climb Eiger north face in only 10 hours.
In 1978 they reach together Everest summit, for the first time, without oxygen ... 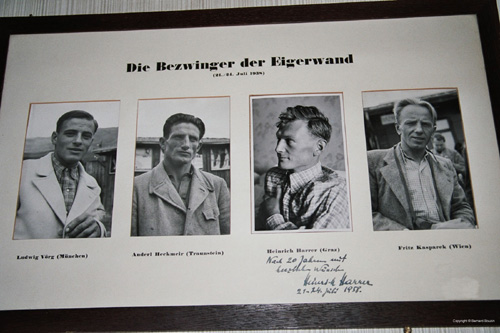 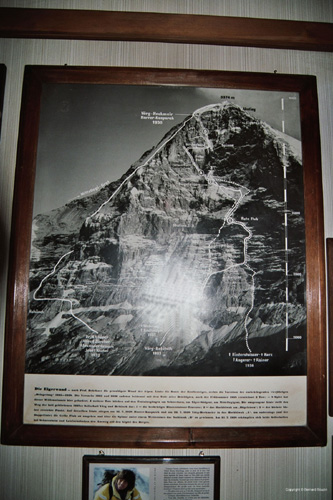 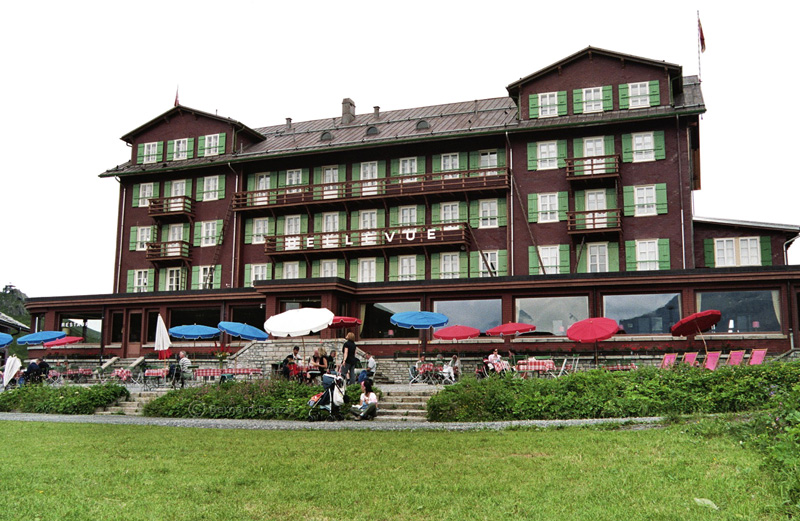 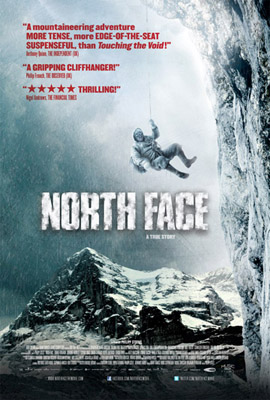 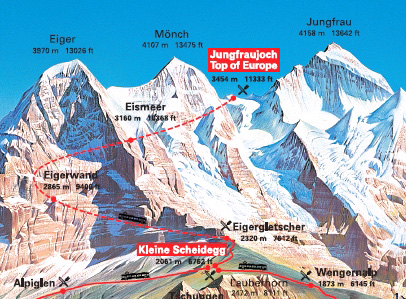 This proximity to civilization, together with the presence of hotels and tourists in Kleine Scheidegg made all attempts on Eiger north face could be followed closely by being installed on hotels terraces. 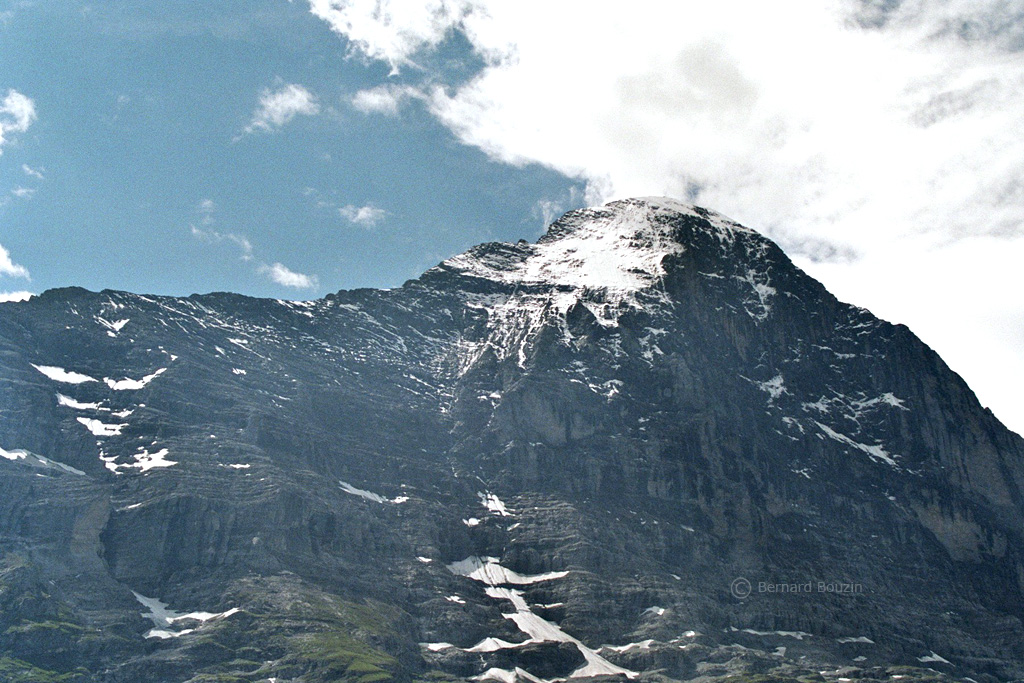 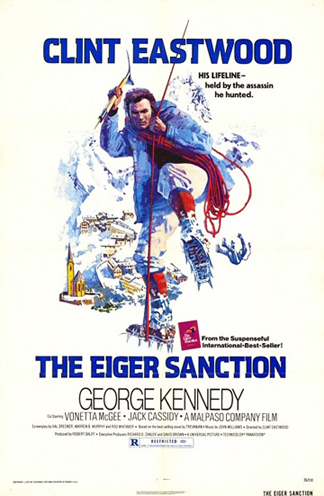 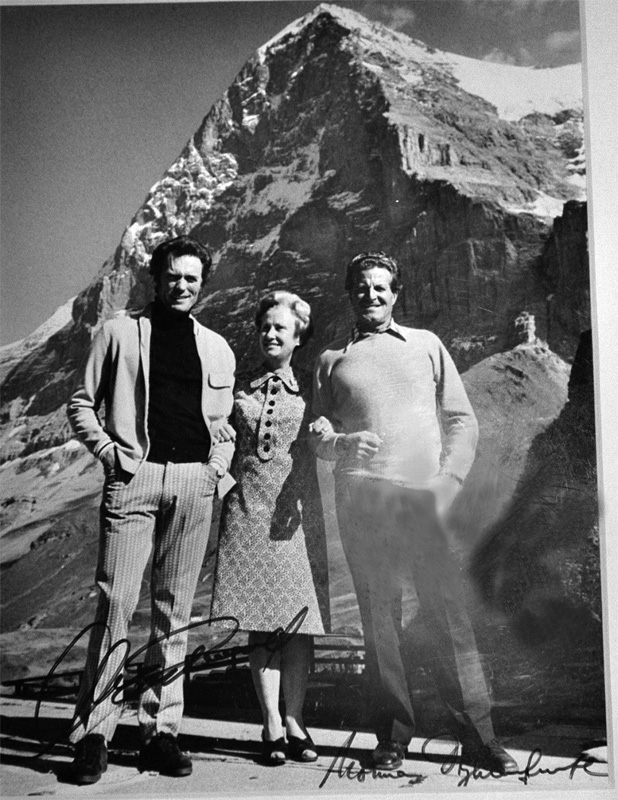 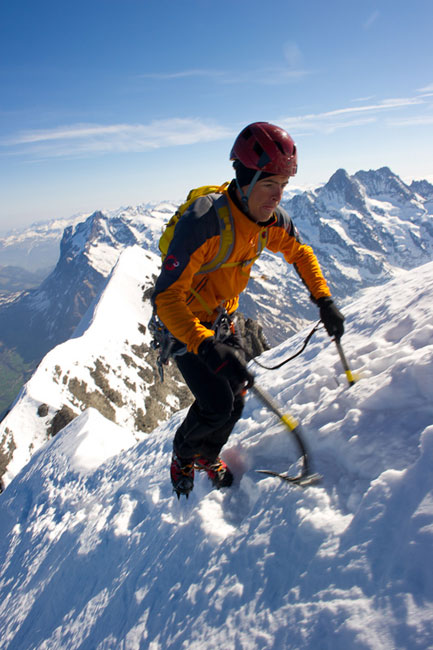 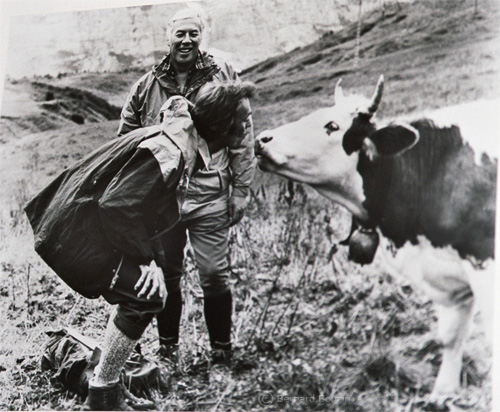 Since 1938, the equipment continiously grow, so do men.
At this time ascents were made in "siege technic" : equipment depot , bivouacs , big charges : ropes , food and equipment.
Success team has spent almost four days to reach Eiger summit.

From all mountains including Himalayan "alpin technic" has taken over : minimum equipment , climbers undertake to reach the top quickly avoiding bivouacs with minimal equipment.

Below, you can see french mountaineer Catherine Destivelle, only women to make north face solo during winter in 1992 during only 17 hours... 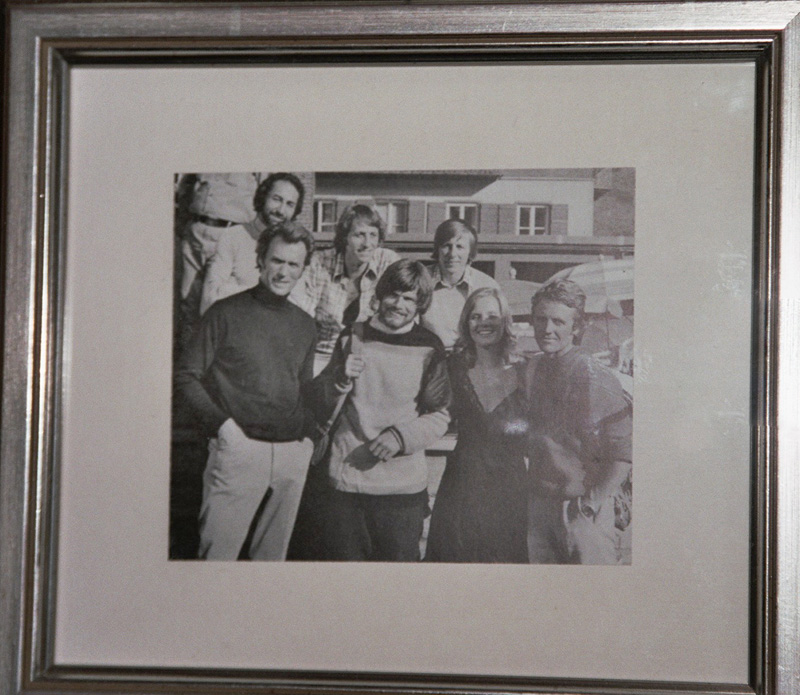 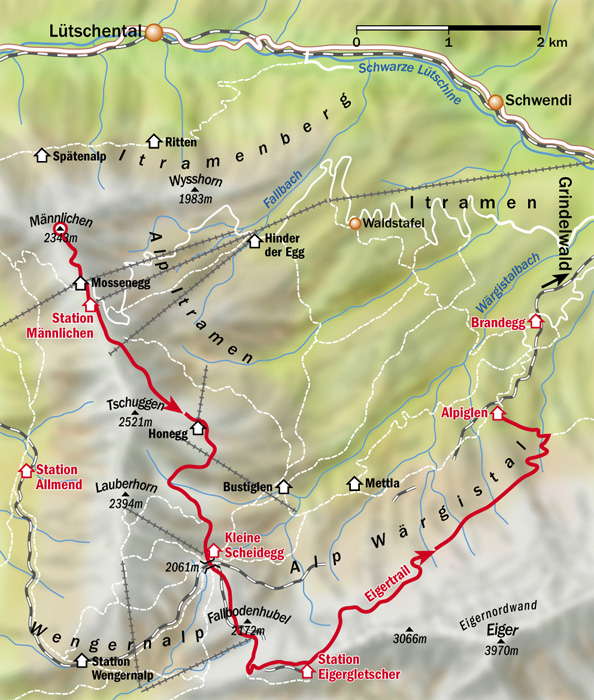 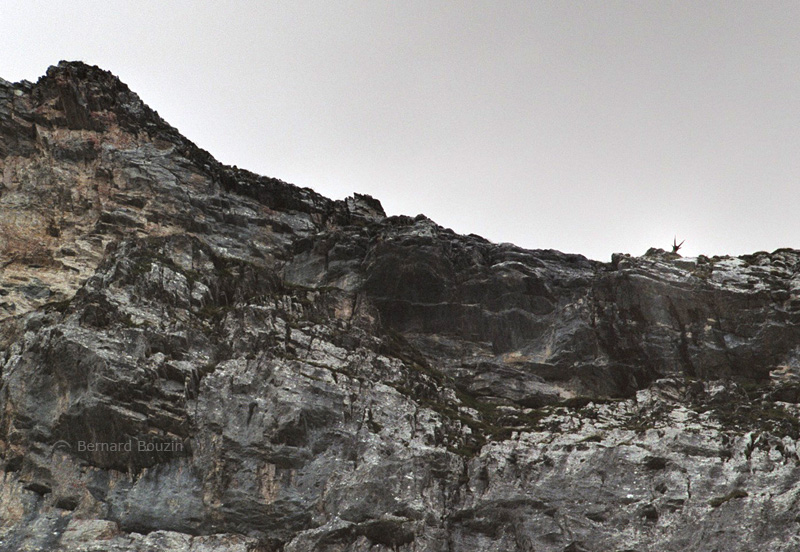 On picture an ibex is looking on us .

This path allows access at the foot of the face. 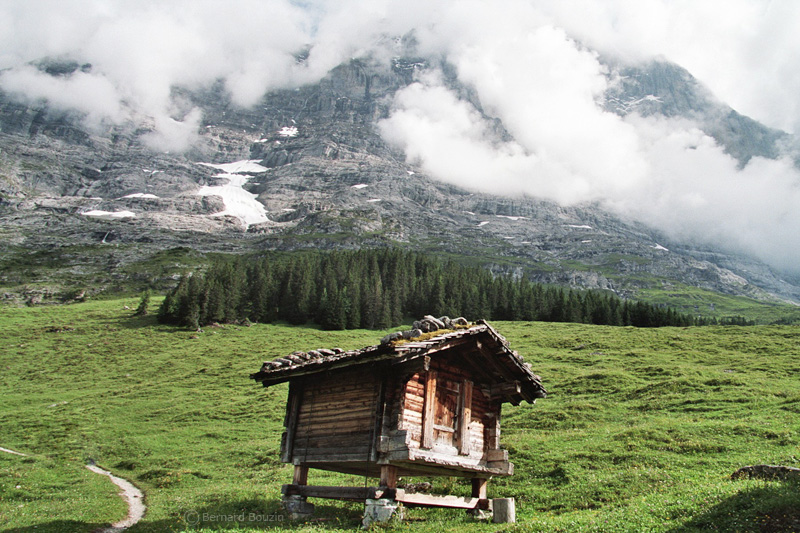 - Eiger obsession John Harlin III - his father John Harlin II died during the first of Eiger directissime after rappel rope breaking on a rock in 1966.

This route now is dedicated to John Harlin memory 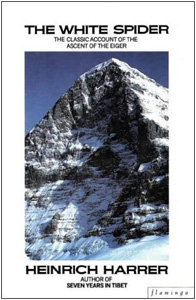 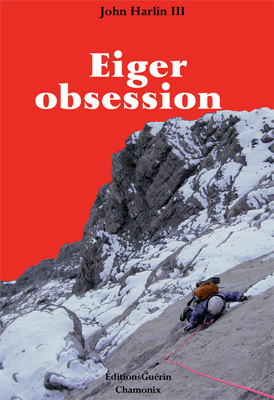 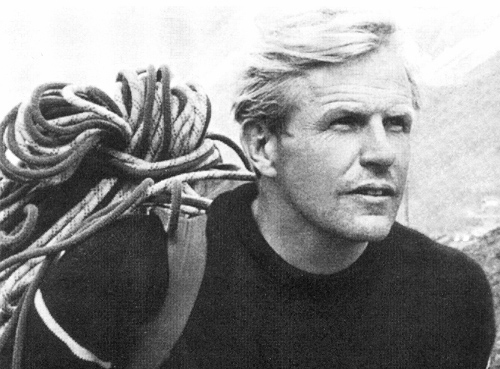 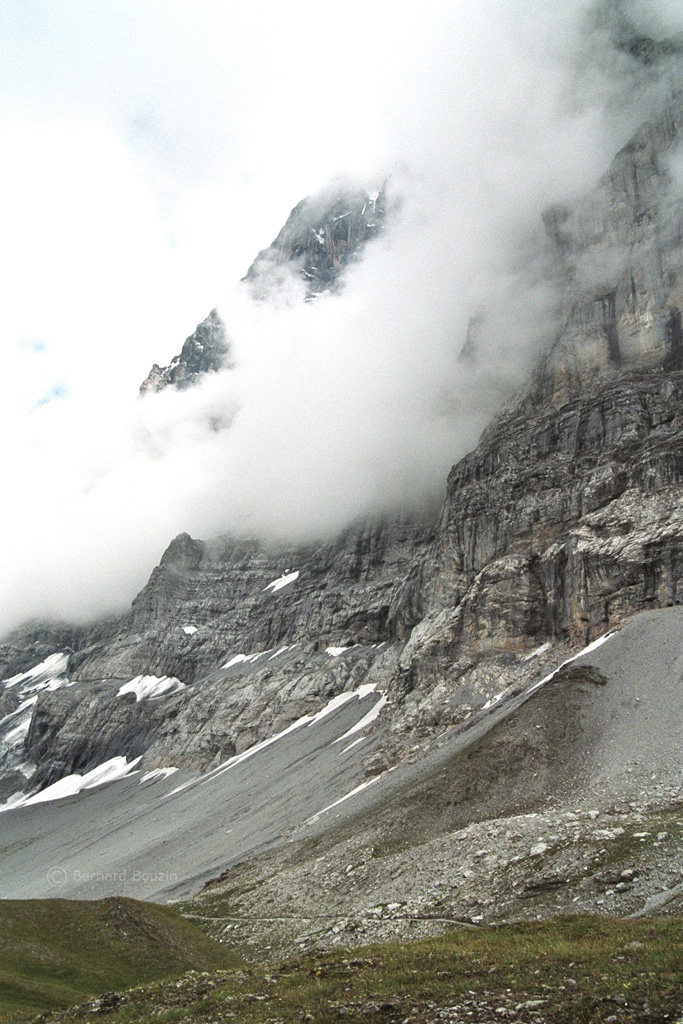 It runs along walls, passing directly above amazing Mittellegi refuge then continue on the beautiful grassy slopes leading to the pretty Alpigen station stop where you can take train back to Grindelwald.

About two hours and good shoes for walking on Eiger Trail.